Innovation in the Marine Environment in the Atlantic Area Region 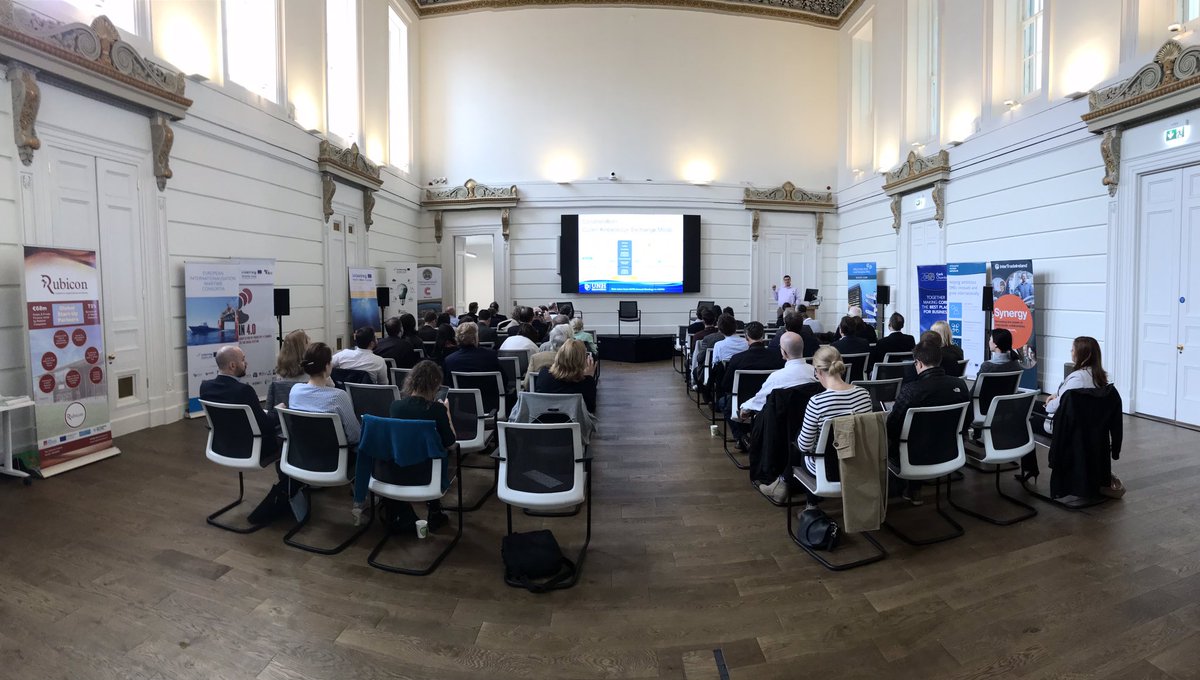 ProtoAtlantic supported the Collaborative Opportunities for a Thriving Maritime Economy conference, which took place in 1 Lapp’s Quay, Cork on Thursday 2nd May 2019. ProtoAtlantic provided communications support at the event and discussed the various funding opportunities available through the project with the key sector specific stakeholders in attendance. In addition, the conference was also supported by Cork County Council and the South Cork Local Enterprise Office, two critical and influential regional bodies/organisations. Liam Fitzgerald, event coordinator and current Marine Incubation Manager in MaREI opened the event, and affirmed to the audience of over fifty attendees that “the maritime economy in Ireland has huge potential, and we need to work in collaboration towards common goals to realise this economic potential”. Liam contended that the conference would offer significant opportunities to collaborate and enhance opportunities to drive business development. 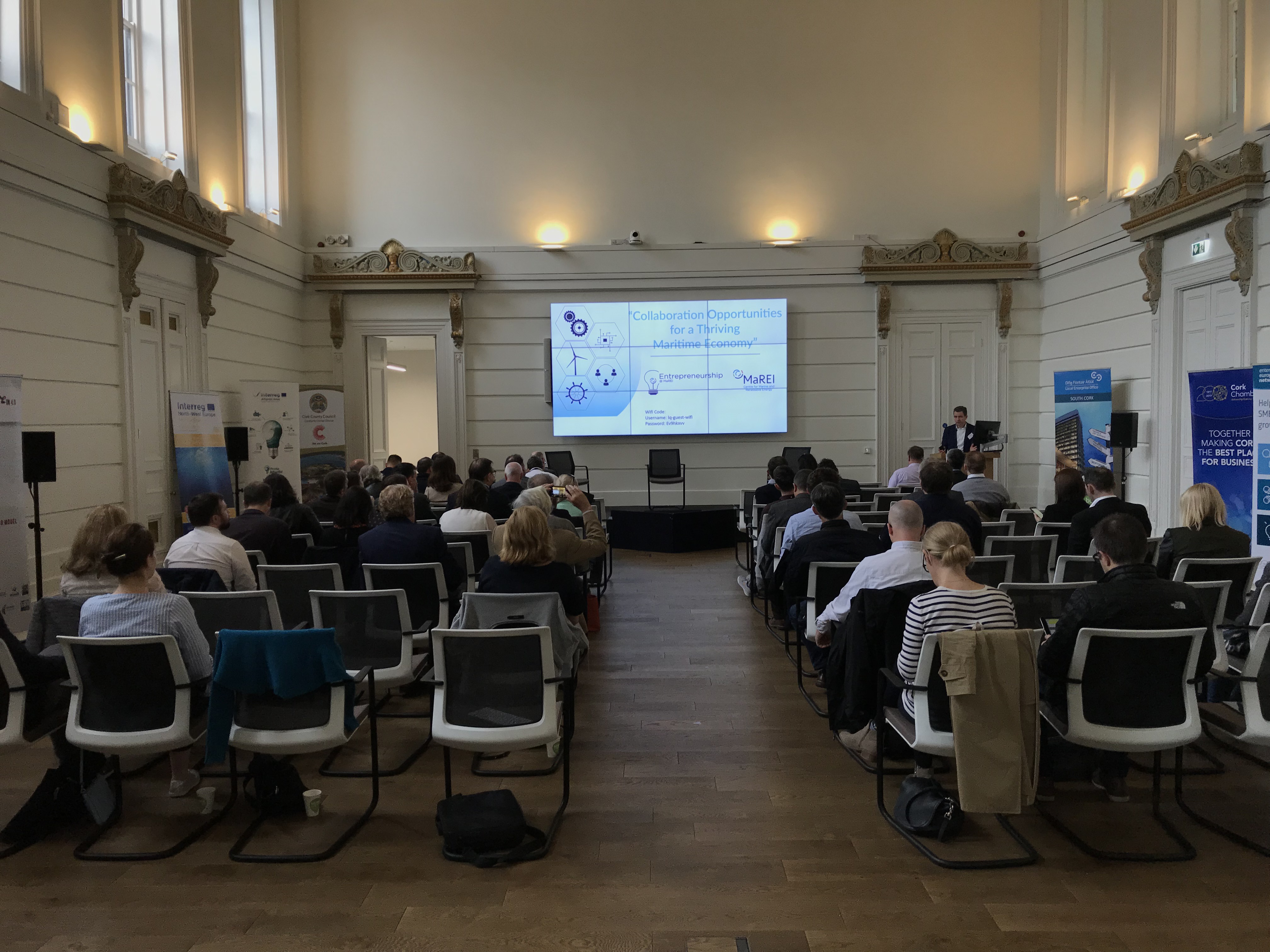 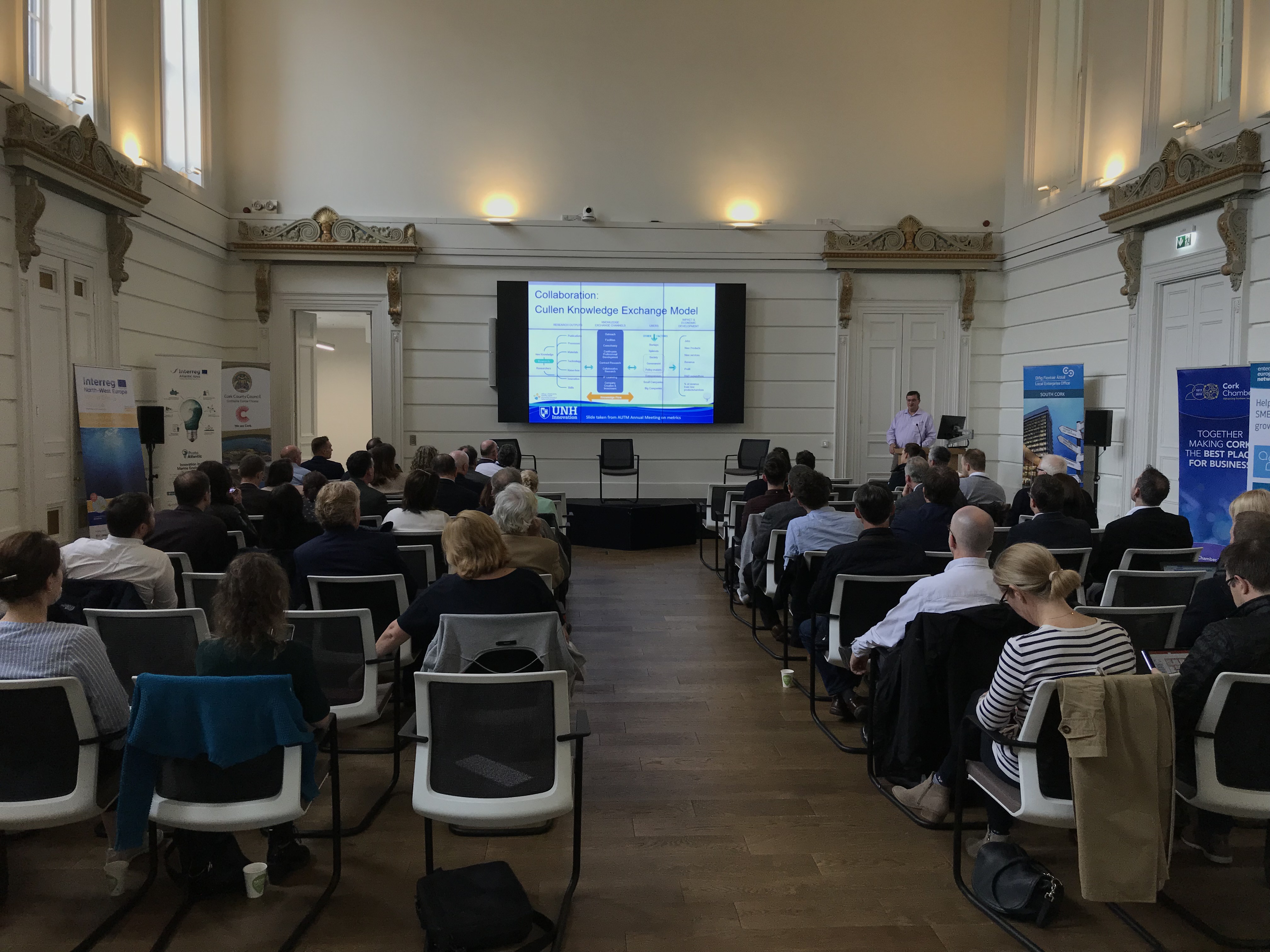 Liam then introduced Marc Sedam, Managing Director of UNH Innovation in the University of New Hampshire, who acted as conference facilitator, and Marc discussed the topic of collaboration, scale and impact in the marine sector. Following this brief introduction, three keynote speakers provided an overview of the topics that would be discussed during the breakaway parallel sessions. Edel O’Connor from the Irish Maritime Development Office introduced the first session entitled “International Shipping Services, Industry Clusters and Innovation –a strategy incorporating all three to deliver scale, impact and business growth. What would it look like?”. This was proceeded by a presentation from Niall Smith, Head of Research in Cork Institute of Technology (CIT), who discussed the contents of the second session which centered on two areas; “Learning from Space – Opportunities that exist for Start-ups to use Space Technology, Data & Supports to drive new business development”, and “Start –up Forum – What are the live business opportunities for Maritime and Technology Start-ups and who is here to help?”. Finally, Liam Curran from Enterprise Ireland introduced the third parallel session, which discussed “a strategy to make the Irish Marine Industry Network a more Business Generating, Industry Led and Sustainable success”. 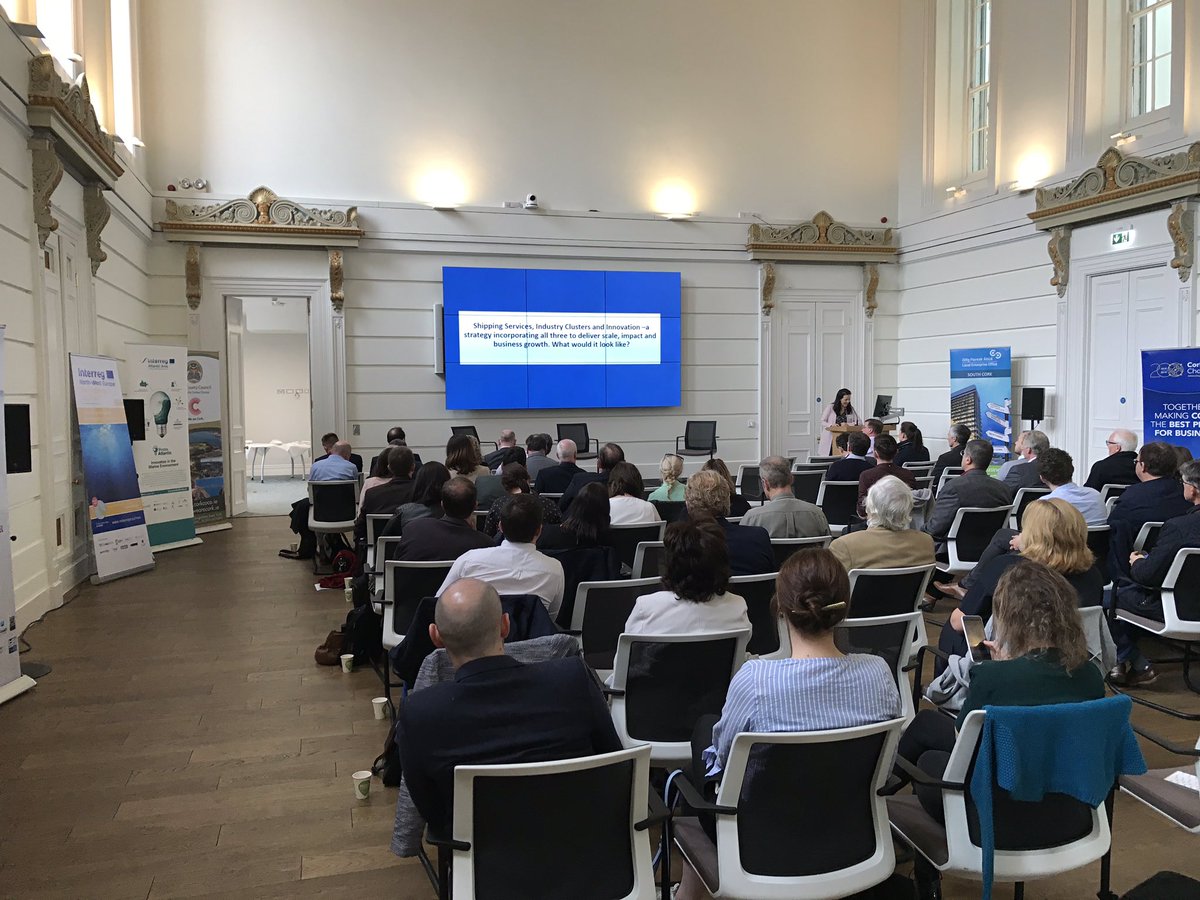 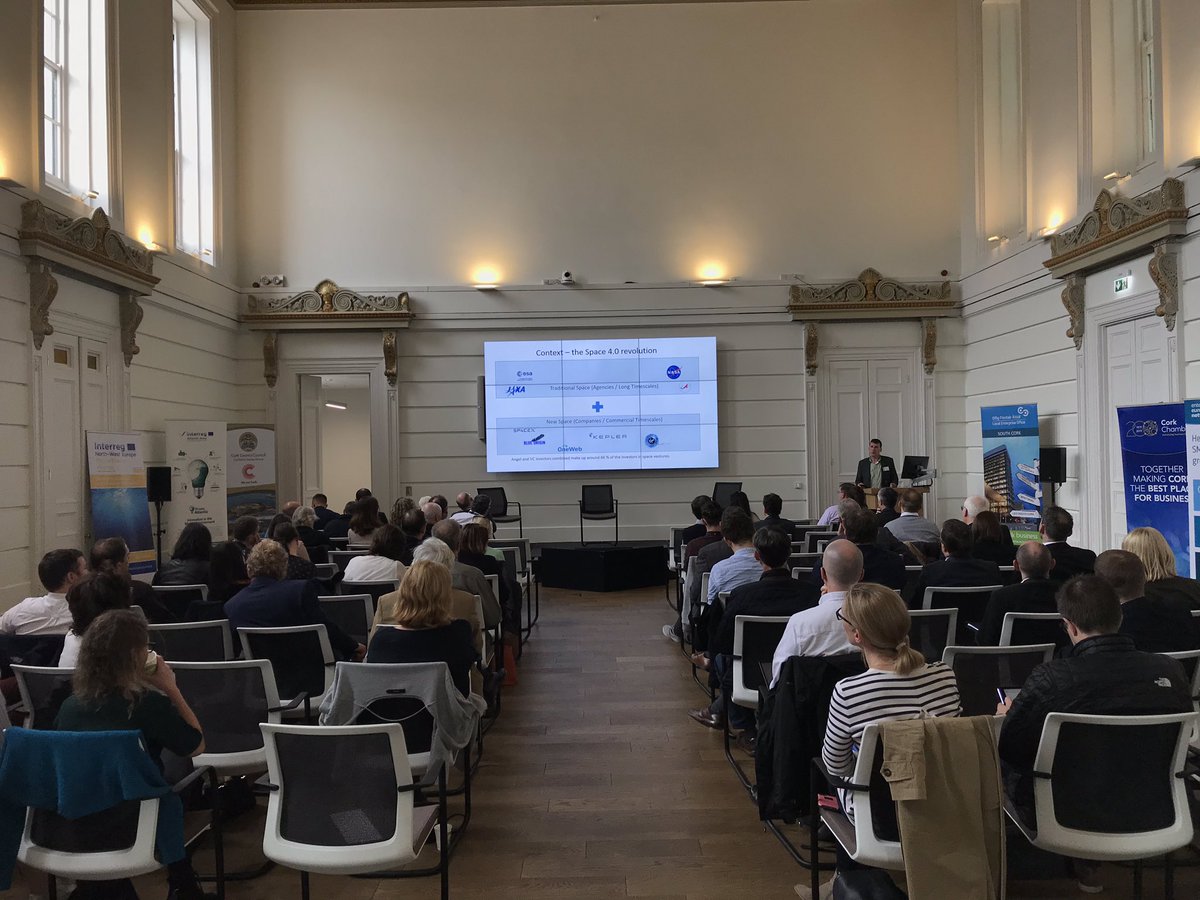 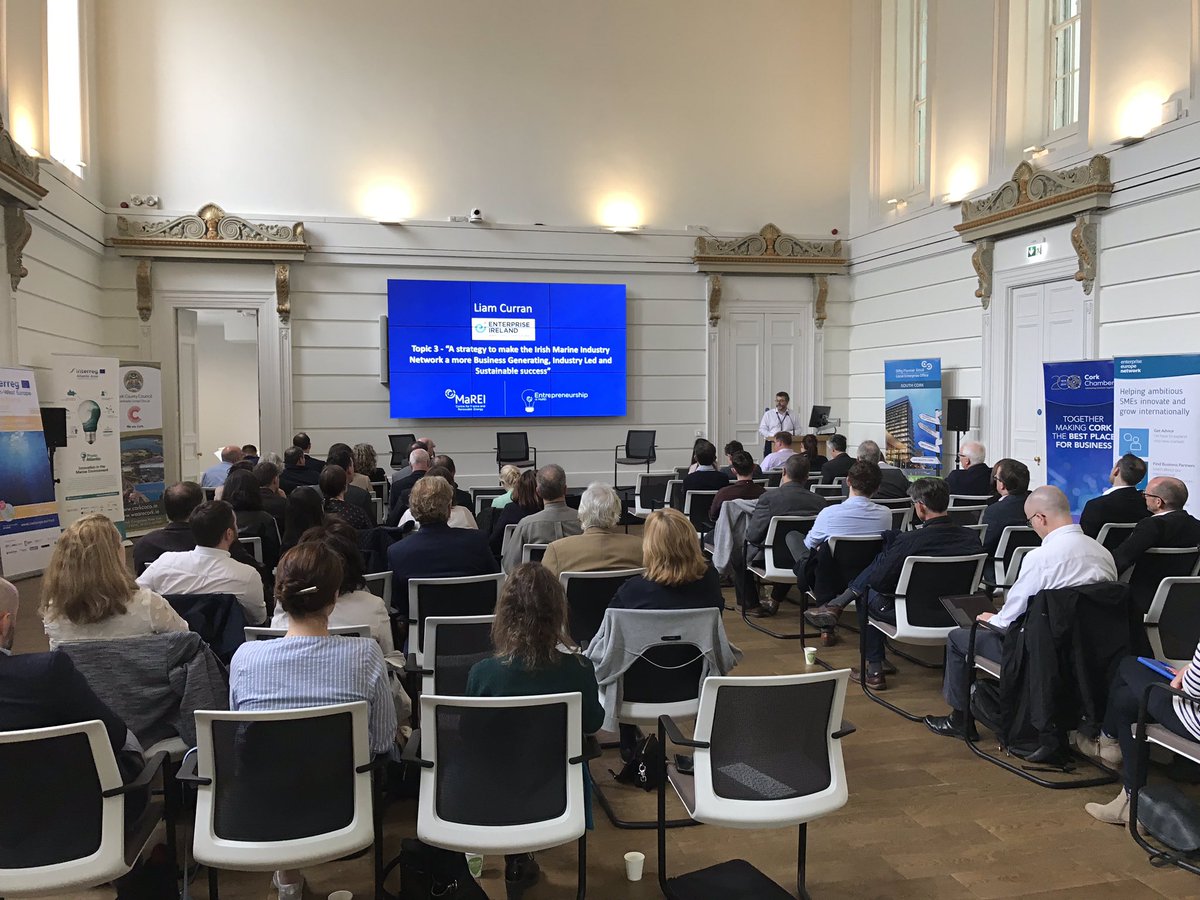 During the breakaway discussions, ProtoAtlantic covered presentations from the “Learning from Space – Opportunities that exist for Start-ups to use Space Technology, Data & Supports to drive new business development”, and “Start –up Forum – What are the live business opportunities for Maritime and Technology Start-ups and who is here to help?” sessions. The first element of this session, concerning Space Technology and Maritime collaboration, included presentations from several marine companies currently collaborating with the space sector. Verifish discussed their collaborations with the European Space Agency and Enterprise Ireland to develop their company, Eire Composites outlined the company’s ongoing marine projects and activities in the space sector, and Tech Works Marine presented on their collaboration with the European Space Agency. This was followed by a short panel discussion, led by conference facilitator Marc Sedam. 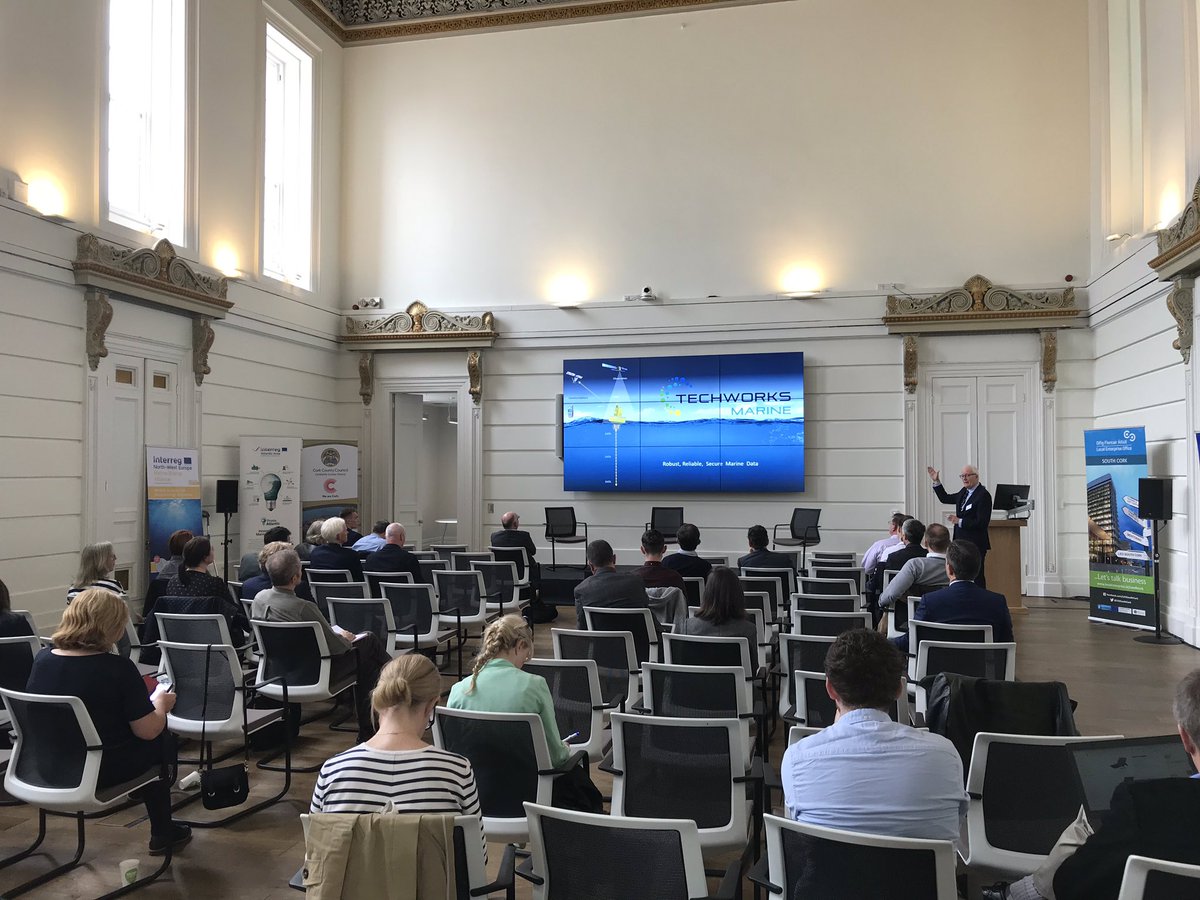 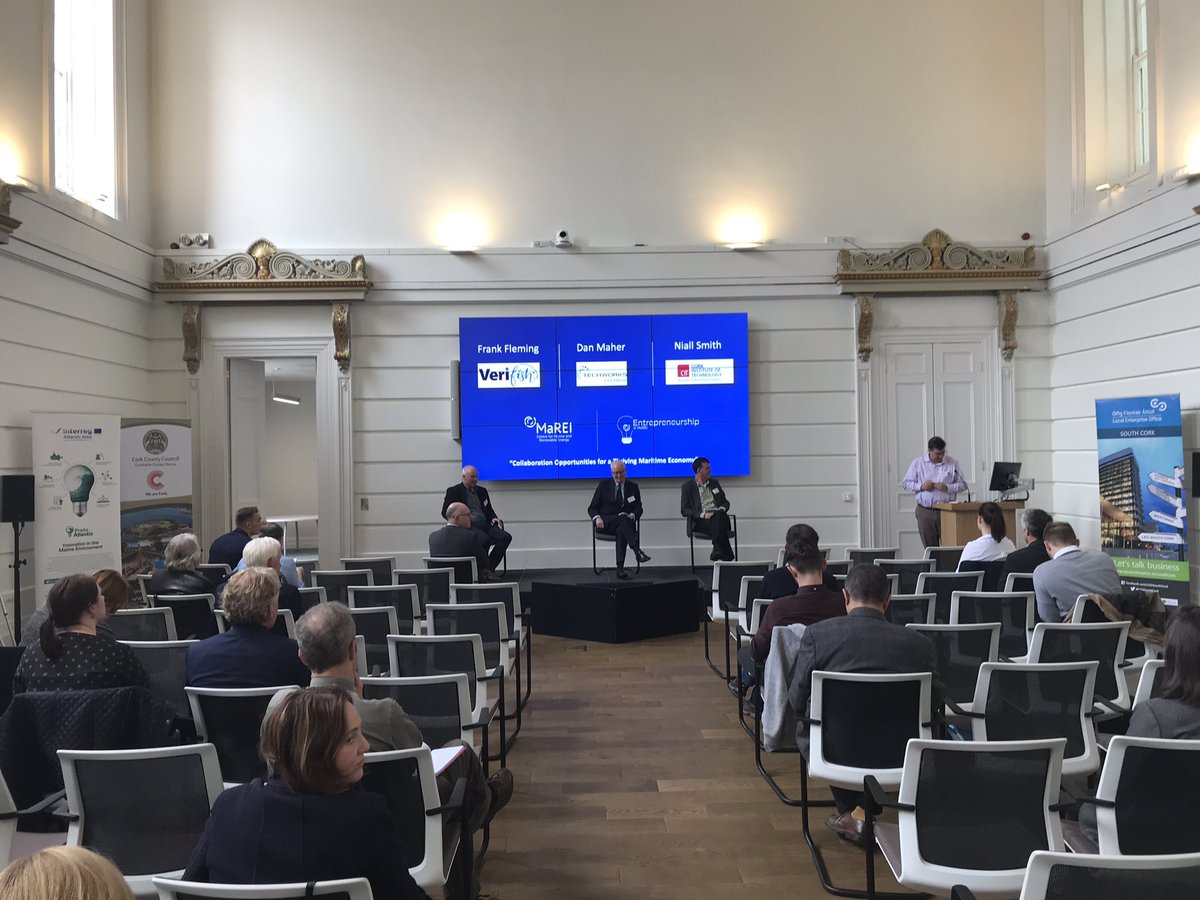 The second element of this parallel session involved presentations relating to marine start-ups and the supports available to facilitate business development. A representative from Enterprise Ireland outlined the funding and supports currently open to marine start-ups, while this was followed by a presentation from Gráinne Lennon, InterTrade Ireland, who discussed the opportunities available through the Seedcorn Investor Readiness Competition 2019. Applications are currently being accepted for this competition, with a deadline of 31st May 2019 for initial applications. In the last of the presentations regarding funding for marine companies/projects, Jamie Meehan, CIT, discussed two EU co-funded maritime projects, Consortex and Industry 4.0 Connect, which have both been funded by Interreg Europe. 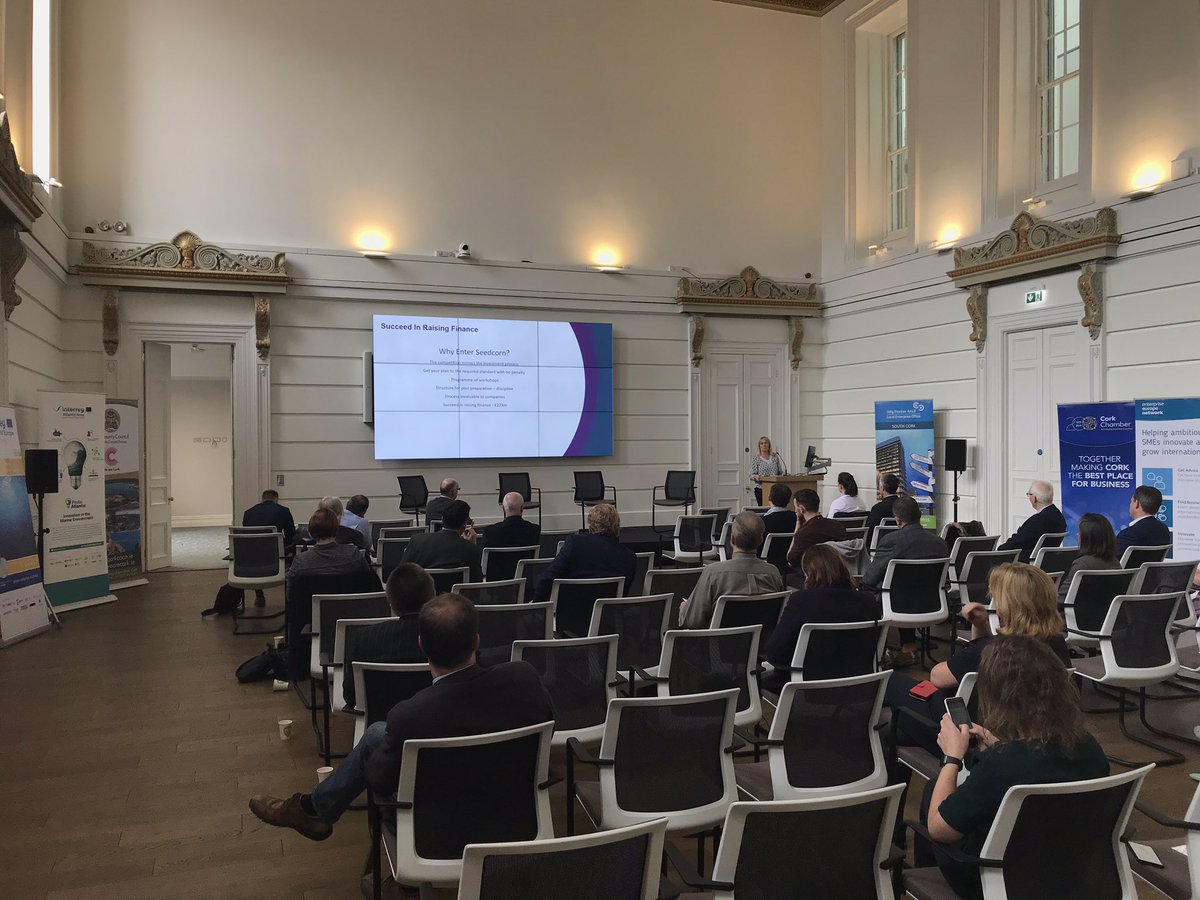 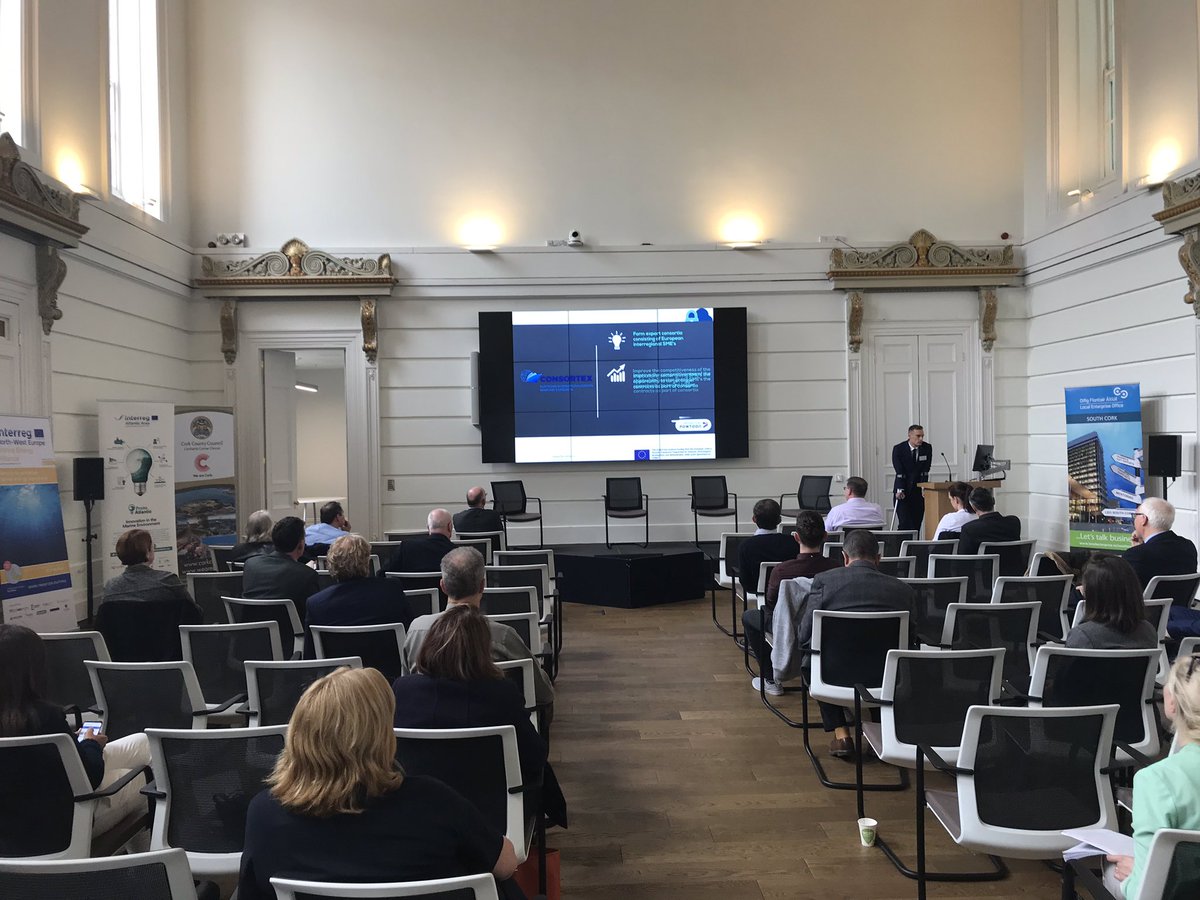 Subsequently, several marine start-ups discussed their companies, their contributions to the maritime economy, and their journey from idea conception to business development, including Net Feasa, ARQ Asset Solutions, and Exceedence. Both ARQ Asset Solutions and Exceedence have been involved in the various funding opportunities available through ProtoAtlantic, including the two stages of the Accelerator Program that have taken place. Ronan Carey, co-founder of ARQ Asset Solutions, outlined the role of ProtoAtlantic in developing and enhancing their start-up, emphasising the significant international collaborative networks that the project has fostered, while Ronan also outlined the accolades that their company has received in the recent months, including a nomination at the National Enterprise Awards. Additionally, Raymond Alcorn, CEO of Exceedence, discussed the company’s experience of crowd funding.  These presentations were once more followed by a short panel discussion, again led by conference facilitator Marc Sedam. 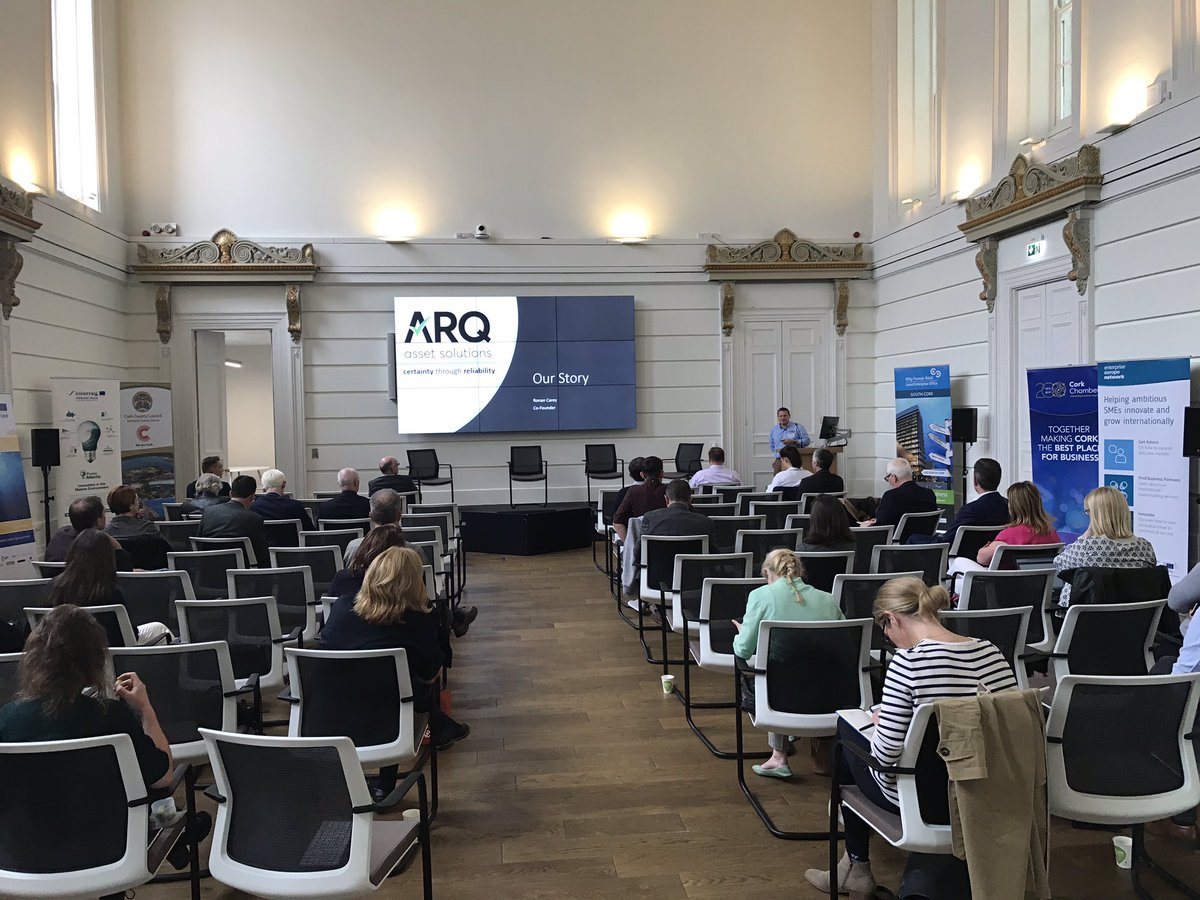 The proceedings at the Collaboration Opportunities for a Thriving Maritime Economy conference concluded with presentations from all three breakaway parallel sessions’ facilitators, who updated the audience of the progress in their sessions. This was followed by a panel discussion and question and answer session with the audience. Finally, event coordinator Liam Fitzgerald provided a brief synopsis of the conference and outlined some of the key conclusions that emerged from the day’s events, closing the conference by thanking all the guest speakers for sharing their knowledge and experiences with the audience. 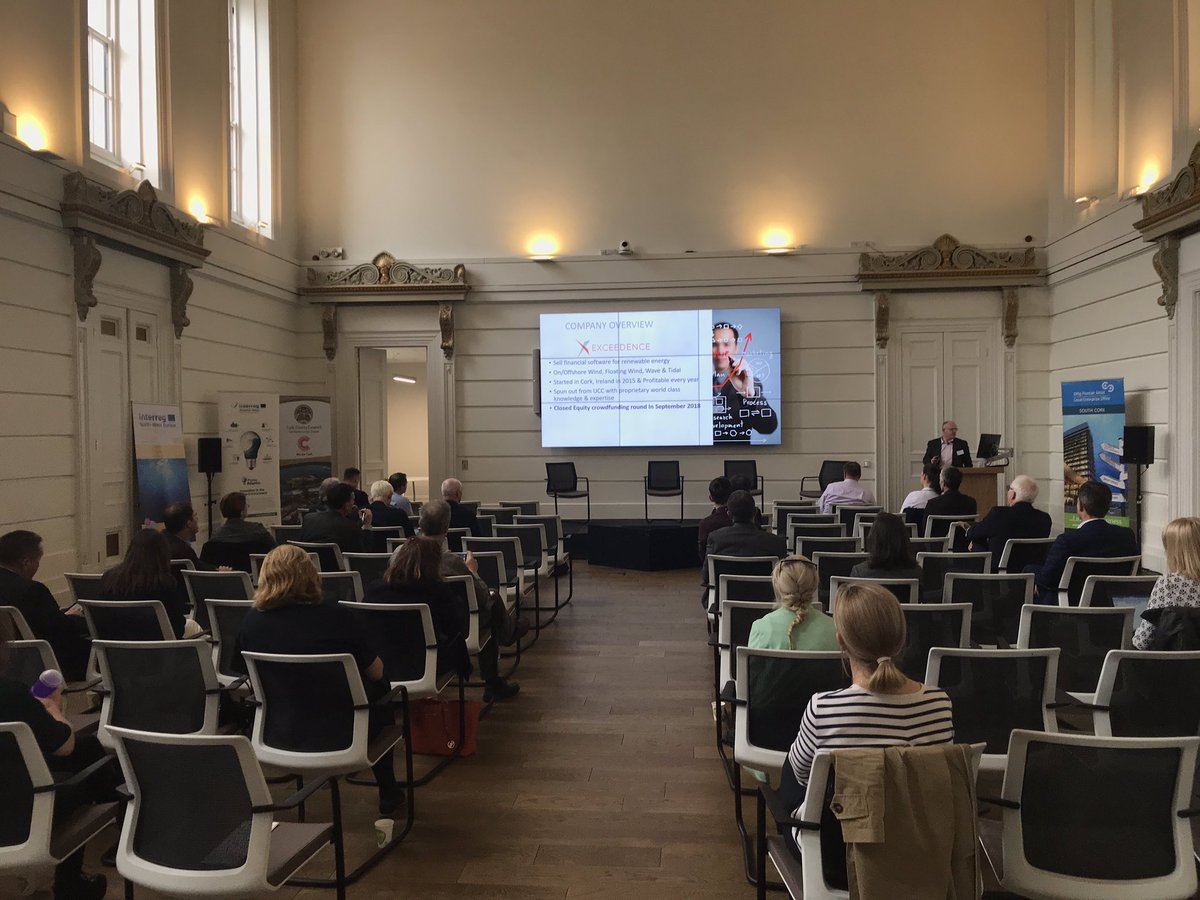 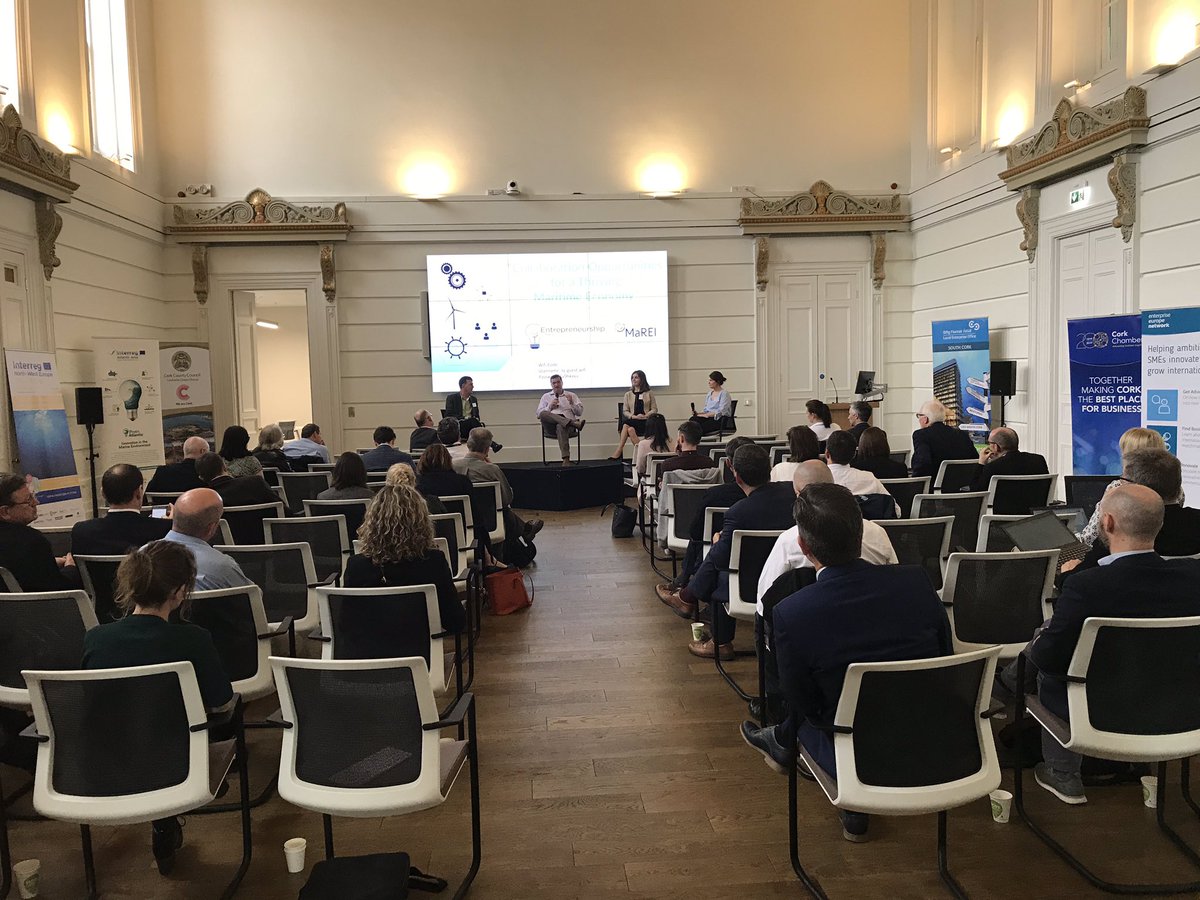